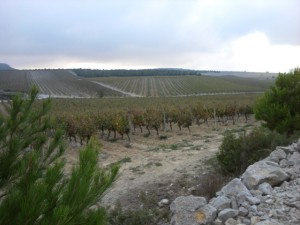 At the end of last week, as announced, I completed the "Sud de France Master Class": the two-day intensive seminar that the French Wine Society and Sud de France developed together to impart both compact and detailed knowledge about the wines of Languedoc-Roussillon. That is a high demand - but it was fulfilled; especially as I was lucky enough to attend the seminar directly in the region, at Château L'Hospitalet near Narbonne. 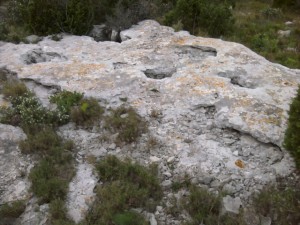 The soil in La Clape is stony and calcareous.[/caption]

The estate of Gérard Bertrand - formerly a rugby player, now an entrepreneur with eight wineries in Languedoc-Roussillon - is surrounded by vines, it smells of herbs, flowers and salt, and from a hill on the grounds you can even see the Mediterranean Sea. The stony, chalky soil of the La Clape appellation, where the winery and hotel are located, is clearly visible everywhere: terroir you can touch! The wind, which shapes the area and influences the vegetation, also blew strongly during the three days I was there.