How the wine guide almost ended up in a lake

of Utz Graafmann
When Marcus Hofschuster and I started the wine guide at the beginning of the year 2000, it was almost over a few days later. Over. Finished. Today, it contains more than 126,000 evaluated wines from over 23,000 producers. The fact that we almost failed with our idea was not due to a wrong strategic decision, too fierce competition or a legal miscalculation. It was because of a shelf 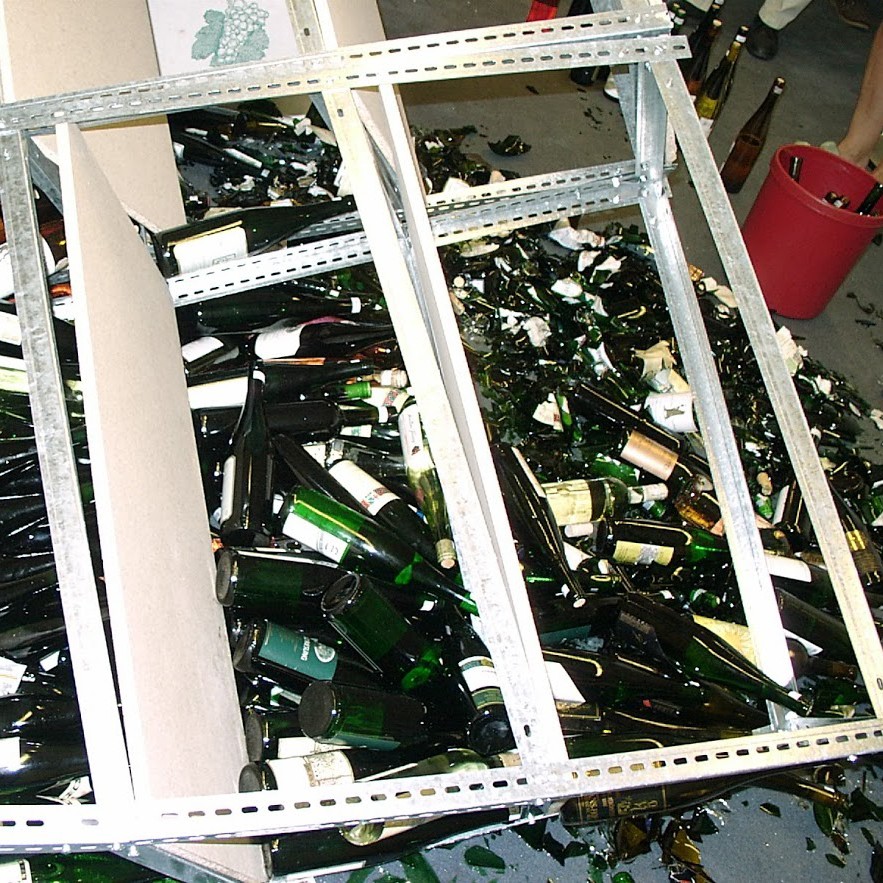 In the early 2000s, Marcus and I were working in a small office subletting a basement space. A few days earlier we had sent out our first tasting invitation. Since we live in Franconia, the easiest thing for us to do was to ask about 500 Franconian producers to send us their wines. We knew we had the right concept, were very confident and convinced of what we were doing. But we were also scared as hell that no one would send us bottles. Because without wines, no tastings, no wine guide. What would happen if...? We couldn't have it go wrong!

Finally, packages came. Lots of packages. Many more than we had anticipated. There they were, piled up in our little office. And more and more were coming. So we went to the hardware store, loaded up some really big steel shelves - which wasn't easy at all - and bolted them together in the basement as fast as we could. The rehearsal storage was set up. Now things are running smoothly, nothing can go wrong. Or so we thought.

Downstairs, there was also a PC, which I used to type the wines sent in and their producers into a database. By now, there were several hundred bottles. Hooray! I had finished listing the many newly arrived wines and was walking up the stairs when I heard a huge, loud thud behind me. I winced, turned and ran down the stairs. When I reached the bottom, a wave of wine washed around my legs. The thud had also made Marcus suspicious upstairs in the office. He jumped down the stairs a few seconds later and saw a basement flooded with wine. I was in the middle of it. The shelves were out of place. My pants were soaked to the zipper.

I can still remember the silence in the seconds after. We both sat down on the steps and were silent. I don't remember how long we sat there. But at some point, four employees of the company where we were subtenants had also come down. The thud had been heard all over the floor. They, too, were open-mouthed at the lake of wine that had flooded the entire basement. I just said to Marcus, "That's it. Forget it. It's over."

The disaster had been our own fault. We had forgotten to fix the shelves with dowels in the wall. The weight of the bottles had pulled one shelf section forward and unbalanced it. As the shelf fell, it pulled the others with it. Everything fell. Not a single bottle was still fit for tasting. Once we could think reasonably clearly again, I got some dry pants and rubber boots. We started to clean up. The friendly helpers lent a hand, but it took three days until we had drained the lake with buckets and shovels as well as removed the broken pieces.

But we wanted to start the best wine guide in Germany! Except that now we had no wine to rate. So what to do? I listened to my gut and wrote an open, honest email to the winemakers. I told them what had happened and asked them to send the bottles again. Moreover, we offered to pay for the new bottles, because after all, we ourselves were to blame for this disaster. What we had not counted on: The vast majority of vintners sent their package again. Nobody enclosed an invoice. We could hardly believe it.

In the meantime, we had anchored the shelves earthquake-proof. The wine guide could start. However, the bottle warehouse continued to reek of wine for several months. It was awful. But every time I breathed in that smell on the stairs, I felt what incredible luck we had had. Without the helpful Franconian vintners, the wine guide would probably not exist today.
Thank you!!!