New indulgence culture is establishing itself at a rapid pace

of Raffaella Usai
If you want to be hip, you do without alcohol: „Cool sober drinking“ is the trend. The increasing demand for non-alcoholic wine and sparkling wine is beginning to change the wine scene. Raffaella Usai reports on a topic that has long since arrived in the mainstream.

There is no daily newspaper, no magazine, no trade journal that has not reported on the topic of abstaining from alcohol in the first days of January. It's clear that after the holidays, many people want to take it down a notch, spare the liver, soothe the conscience. But more and more people are not only abstaining from alcohol during "Dry January". No, the so-called "Mindful drinking", the new sobriety, has become a self-declared lifestyle for many.

"The growing interest in Dry January is an expression of the fact that cool sober drinking, i.e. conscious non-alcoholic enjoyment, is increasingly becoming a topic for many consumers," confirms Cathrin Duppel, Marketing Manager at Rotkäppchen-Mumm. According to the GfK Household Panel 2021, alcohol-free or de-alcoholised drinks are often the first choice, especially in the under-40 age group. And at the latest when the Germans' favourite primitivo, the "Doppio Passo", came on the market as an "alcohol-free" variant last summer, it was clear: it is no longer possible to imagine supermarket shelves without de-alcoholised wines. 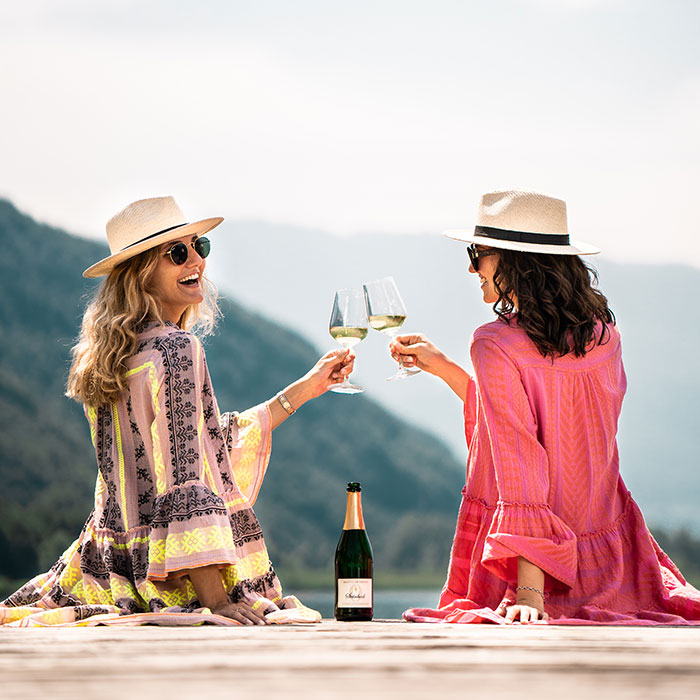 Uncomplicated and light: Rosé wines are the international trend

ProWein 2022: Between crisis and alcohol-free

Even top winemakers are now turning to alcohol-free alternatives

These trends are changing wine sales

Class instead of mass: survival strategies for traders and winegrowers

Wine for the ears

#stayhome: The most interesting German podcasts for wine fans