The secret of success of Etna wines

Interview with Francesco Cambria, President Etna Consortium, about the future of the appellation 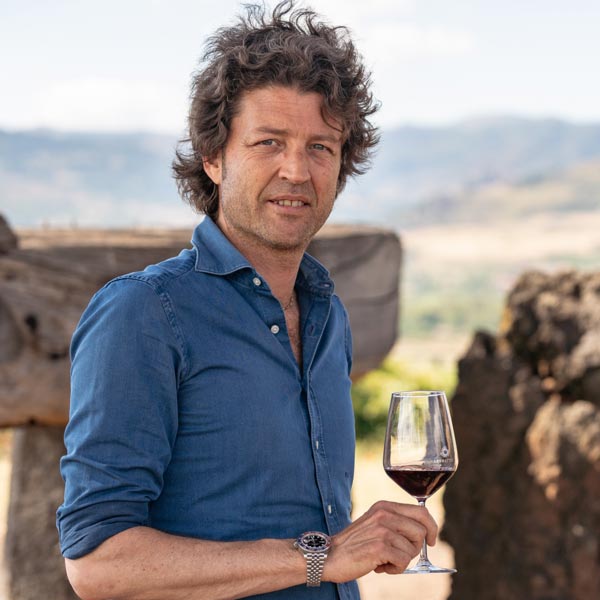 Hardly any other Italian wine-growing region is currently in the spotlight as much as the DOC Etna. Raffaella Usai spoke with winemaker and current consortium president Francesco Cambria about the success and future of the appellation.

The wines of Etna are on everyone's lips at the moment. It seems to be a boom that doesn't want to die down.

Francesco Cambria: True, the Etna appellation is in the fortunate position that international interest has been increasing for many years. But this also means that we have to invest especially in the protection and communication of the Etna brand. Our growing area consists of many small and medium-sized enterprises. There is no one here who bottles huge quantities. All the companies together sell just 4.5 million bottles. We all see ourselves as brand ambassadors of Etna and therefore pull together.

Is that perhaps the secret of the appellation's success? In many growing areas, big bottlers call the shots and thus determine the fate of the smaller wineries, which often leads to resentment. This is not the case on Etna.

Francesco Cambria: Absolutely. It is true that in our consortium, too, larger wineries have different voting rights than smaller wineries, but the differences are minimal; the winegrowers with five hectares or more of vineyards are all on an equal footing. Another instrument that has been available to us for a few years is the so-called absolute right (Erga Omnes). This means that we can adopt rules that apply to all wineries in the appellation, even those that are not members of the consortium. This makes area-wide control possible, but also offers better protection against counterfeiting.

The Etna appellation has been a DOC since its foundation in 1968. Now there are plans to apply for DOCG recognition.

Francesco Cambria: Applying for DOCG at the responsible ministry is one of the goals I want to set in motion with the current board of directors for our three-year term. For this, we need the approval of all members. The production rules would have to be minimally adjusted, but that only concerns the maximum yields per hectare and, if necessary, the ageing of the wines.

What else is on your agenda for the coming years?

Francesco Cambria: There are many points. For example, we would like to emphasise the differences between the individual vineyards, the so-called contrade, much more. Since 2011, the wineries have been allowed to write the name of the vineyard on the label. But so far, there is a lack of scientific analyses that describe the soil, microclimate and other special features of a particular Contrada. We are working on this together with the University of Catania. It is also about applying the issue of sustainability to all areas of our sector, not just the vineyard. More than 60 per cent of the vineyard is already farmed organically, but we are concerned with the overall sustainability of the farms, including, for example, energy consumption.

In less than ten years, the DOC vineyard area has almost doubled from 680 hectares to today's approximately 1,300 hectares: an enormous growth. For some years now, a planting freeze has been in place to maintain the appellation's balance. But that doesn't stop new companies from investing and planting new vineyards on Etna, is that right?

Francesco Cambria: Yes, they can't bottle the wines as Etna DOC at the moment, but only as Sicilia DOC, but of course many have the hope that these vineyards will one day be included in the production area. The consortium monitors supply and demand. If demand continues to increase and prices remain stable, there will certainly be discussions about including more vineyards.

Speaking of vineyards that lie outside the appellation boundaries: The highest-lying, partly historic vineyards on Etna have still not been included in the DOC Etna, despite years of discussion. This is certainly not because these sites are not suitable. What is the reason for this?

Francesco Cambria: Ah! There you put your finger in the wound! And in view of the fact that winegrowers in other wine-growing regions of Italy are going higher and higher with the vineyards in order to maintain freshness and elegance, it is of course difficult to understand. But the issue is extremely complex. Because if the boundaries of an appellation are to be moved, one always has to take several interests into account. If we were to include the vineyards above the currently valid altitude line in the DOC Etna, we would have to make the same concession to vintners with vineyards on the plain, who have also wanted their areas to be included in the appellation for years.

The appellation is unusually heterogeneous. It is made up of historic local wineries, foreign winemakers, Sicilian companies from other parts of the island and also renowned winemakers like Angelo Gaja. Is there a creative exchange between the producers?

Francesco Cambria: Yes, and that is also one of our strengths. There are many good entrepreneurs on Etna who bring a wide variety of experiences with them and share their ideas with other winemakers. There is a very lively exchange and also many friendships. That has certainly already had a lot of positive effects. We don't see ourselves as competitors.

So there are no sales problems?

Francesco Cambria: No. I don't know any company that has sales problems. There is also no bulk wine market in the classical sense, which is always an indication of how an appellation is doing. Average prices per bottle could be higher, but I am confident that this will improve in the coming years.

In which wines do you still see untapped potential? Rather with the reds or the whites?

Francesco Cambria: Definitely with the white wines and also with bottle-fermented sparkling wines. Etna has become known for its red wines. Most winemakers initially focused on Nerello Mascalese, especially on the north side of the volcano. In recent years, however, mainly white grape varieties have been planted, primarily Carricante. The demand for white wines from Etna has increased massively. Among other things, they are valued for their longevity. Compared to many other Sicilian white wines, they have mountain wine character, they have great inner freshness and pronounced minerality. As for the sparkling wines, we are currently working in the consortium to include a Metodo Classico purely from Carricante grapes in the production disciplinary. Today, the sparkling wines of Etna DOC are Blanc de Noirs and consist predominantly of Nerello Mascalese.

Is climate change also making itself felt on Etna?

Francesco Cambria: Yes, the climate has changed noticeably. In the past, 15 August was considered a turning point in summer, bringing rain showers and cooling. That is no longer the case today. Average temperatures have also risen, and the heat sets in earlier and earlier, often as early as June. Our vines are lucky that it cools down by ten to 15 degrees at night. That's very important, because precipitation has also decreased significantly here.

So there is no fear that the wines will lose their elegance?

Francesco Cambria: No, not that. The altitude, our mineral soils and the cooling that comes with the nights guarantee freshness and elegance. But like all wine-growing regions in the world, we too feel that temperatures have risen in recent years.

How is wine tourism developing on Etna?

Francesco Cambria: A lot has happened here in the past five years. There are many new places to stay and more and more tour operators offering organised tours to the volcano. Almost all the wineries do guided tastings, and the number of visitors is growing every year. Fortunately, Catania airport is only 45 minutes away and many tourists on holiday in Taormina also make a detour to Etna.

More on the topic:

How the Viennese Waltz became world famous with champagne

"I owe it to Georgia that I am still alive".

The "green gold" of Bronte

Eating out, going out, staying overnight - the wein.plus tips

Travel tips around the volcano

What there is to discover on Etna

No flash in the pan on a burning mountain