The love of nature 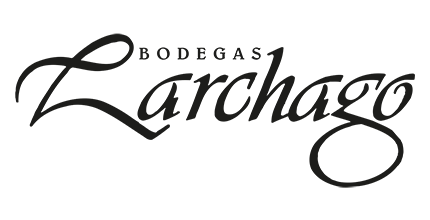 Five generations and more than a century: The Chávarri family lives a heritage in their certified organic winery Bodegas Larchago that not only commits to tradition. But also to wines of the highest quality, to which the family lends its name with great pride.

When he takes his daily walk through the family vineyards in Rioja Alavesa, they watch him. Silent and powerful, they stand there as Paco Chávarri carefully surveys the endless rows of vines. Just as they have always done. The two holm oaks that tower prominently in the middle of the Chávarri family vineyards. And they have been doing so for generations. For more than a century, the family has been writing a great and magnificent story here in the famous Spanish wine region: it was Paco's great-grandfather who laid the foundation for this family heritage in 1882, when he was awarded the oldest bottling registration in the region today. A heritage that was - and still is - lived out with fervour and humility over four generations. After all, it is those two holm oaks that Paco prescribed for his two daughters, Ruth and Maria, when they were still small and accompanied their father on his forays into the vineyards. As they grew up, they learned - just as their father once learned from his parents and they from theirs - the irrepressible love of nature, the region and winemaking. So it is hardly surprising that the two women have long been steering the fortunes of the large family dynasty together with their father.

Ambassador of a Vine or: Playful High Pleasure

A special piece of the Palatinate

The Legend of the Duero

Weingut Gross - The art of winemaking

WeinTour - live back in Hamburg and to be experienced online

South Tyrol - An equation with many variables