A country steps on the gas

of Marcus Hofschuster
Until not so long ago, the German sparkling wine world was essentially divided in two: into mass-produced goods of the simplest quality, which in most cases were only enjoyable at all because of the omnipresent sweetness, and into a misunderstanding called Winzersekt. Misunderstanding because most producers did not understand sparkling wine as much other than wine with carbonic acid. If one was lucky, the basic wines for it were at least not rejects, but one was by no means always lucky. 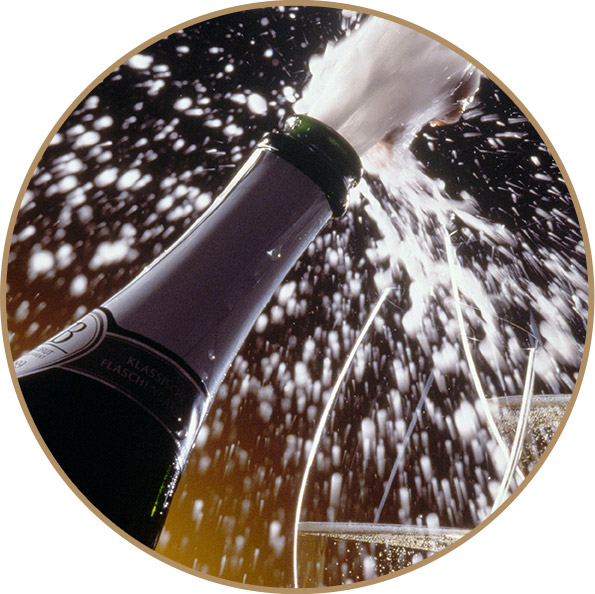 The first category is still a sugary misery, and that will hardly ever change. Far too many people don't care what they drink as long as it costs as little as possible. But anyone who has let the taste of sweet papier-mâché, which usually characterises this stuff, completely spoil their sparkling wine consumption is depriving themselves of some of the most fabulous pleasures the German wine scene has to offer.

For sparkling wine in Germany today is much more than just sparkling wine. Over the past 20 years, the world of sparkling wine in the country has been revolutionised, tentatively at first, then ever more rapidly. This trend was mainly founded by a few newly established sparkling wine houses that dedicated themselves exclusively to the production of top-quality sparkling wine. Many of them produced and continue to produce first-class sparkling wine not only for their own portfolio, but also as contract producers for many winegrowers with the ambition to counter the best wines of Champagne with something adequate from their own vineyards.

More and more often, both specialised sparkling wine houses and winemakers who produce their own sparkling wine, from the base wine to the degorgement, are succeeding in doing so. Associations like "Die Sektmacher" (The Sparkling Wine Makers) make it clear how great the passion for sophisticated sparklers has become in the meantime. The members of this group alone make up a significant proportion of the winning wines in our list. These are substantial and profound top sparkling wines with creamy perlage as well as finesse and a complexity that can only come from excellent base wines deliberately raised to produce sparkling wine from sites suitable for it in combination with a long lees ageing in the bottle. And that is much more than just wine with carbonic acid.

We have tasted more than 200 German sparkling wines in recent months. These also include the special category Petillant Naturel (PetNat), which finishes fermenting in the bottle without the addition of sugar and yeast and is not degorged before sale, i.e. remains yeast-cloudy. We present the best results here. Links to all wines with detailed tasting notes as well as their producers can be found at the end of the best lists.

BEST OF Pinot Noir from Germany

BEST OF Sauvignon Blanc from Germany, Austria and South Tyrol

BEST OF Dry Riesling from Germany

A lot of new things in the north