of Marcus Hofschuster
The year 2018 began with an exceptionally cold winter, followed by a wet and also too cool spring. Although this had the advantage that the water reserves in the soil were replenished somewhat after the extremely dry previous year, the precipitation was so heavy, especially at the end of May and beginning of June, that the vineyards were in part hardly accessible or not accessible at all - and certainly not drivable. Conditions subsequently became more favourable, and from mid-July onwards, stable high-pressure weather ensured a more relaxed ripening process. October also offered stable harvesting weather, so that the winegrowers were able to harvest their grapes without any hectic. 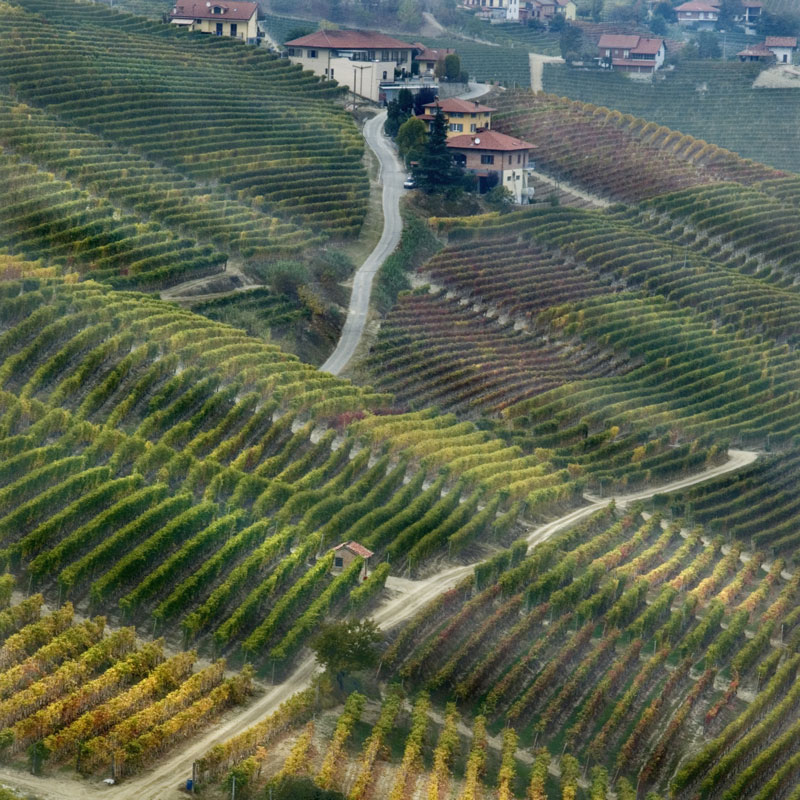 In the Langhe, one speaks of a classic vintage or a winegrowers' year - both ciphers for a vintage that was rich in challenges and demanded a lot from the winegrowers. This is also evident in the wines, which cover the whole range of qualities and styles that Barolo has to offer. The best wines of the vintage are to be found above all on the more elegant side and thus rather among the traditionalists - even if the dividing line here is no longer as clear as it once was. At their best, they are complex, fine, deep and ideally already beguiling. However, many Barolos of the vintage also have a relatively brittle tannin, which is not always countered by enough ripe juice. At the other end of the scale, on the other hand, there are wines with plenty of alcoholic power, but only some of which have sufficient concentration and depth to achieve a good balance.

The Nobility of Paleness

BEST OF Piedmontese Nebbiolo (without Barolo and Barbaresco)