What strikes you first is the beautiful nose. Even before the first sip, we delve into the wine. Really a fragrance, restrained, round, almost sublime, above all deep and soft. Can this be said of a fragrance? I don't know, it doesn't matter, but the adjectives express roughly what we perceive.

A Barolo that has matured wonderfully. What amazes me most is the fact that the first impression is confirmed in the mouth. This is not always, or even rarely, the case. Nose and palate not infrequently convey different signals. I have reflected on wine before in "Drunk". At the time, I hardly noticed the nose. But now, probably about two years later something escapes the bottle that I would describe quite profanely as great. 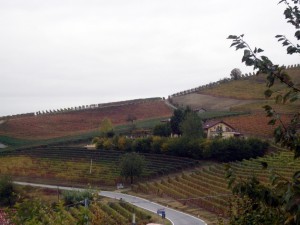