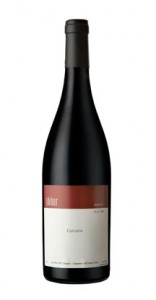 This time, my "drunk" is neither about the winery, nor about the vintner who moved to the Valais 10 years ago to take over a winery as an "outsider". I have already reported about that. This time it's about the grape variety, (almost) an exclusive Valais growth, Cornalin. It originates from the largest wine region in Switzerland, from the mountainous region of Valais (including the Italian Aosta Valley) and is an autochthonous grape variety that has been cultivated here for centuries, but then almost died out in the 20th century. The original name "Old Country Red" "Rouge d'Enfer" or "Vieux rouge du Pays" alone indicate that this must be an ancient grape variety (first mentioned in the 14th century), which was once even respected as a tonic in popular medicine. But then came phylloxera and, as a result, other grape varieties were planted in the Valais, higher-yielding and easier to care for. 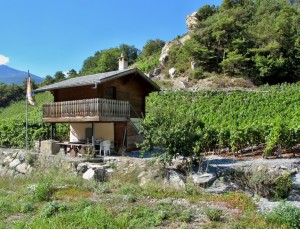 The "Old Country Red" almost completely disappeared until it was rediscovered by the agronomist Jean Nicollier - in the wake of nostalgic reflection - and given the name Cornalin. Today, Cornalin, together with other autochthonous grape varieties (such as Petite Arvine, Heida, etc.), is one of the most unique and sought-after Valais specialities, unmistakable with its dominant clove notes and strong cherry touch, especially in its youth, during which it appears impetuous, lively and wild. It is hard to believe that after years - perhaps about four - Cornalin is tamed and demure and knows how to behave even in the most distinguished circles. Cornalin is not just any grape variety, but rather one of the most sought-after specialities, which may seem uncouth at first encounter, but then develops an almost unique aura through finesse and elegance, addicted to harmony and yet pronounced in the aromas from plums to bitter chocolate. This young Cornalin, vintage 2011, from Jürg Biber, still plays with its muscles, but something of its ageing ease can already be guessed.