They are sprouting again from the dark soil - the much sought-after asparagus spears that are the highlight of the culinary calendar for many gourmets. When enjoying the queen of vegetables, a noble accompaniment in a glass is also indispensable. Because asparagus season is also wine season. But not exclusively: we introduce you to exciting wines - from the asparagus classic Silvaner to unusual pairings that harmonise surprisingly well. 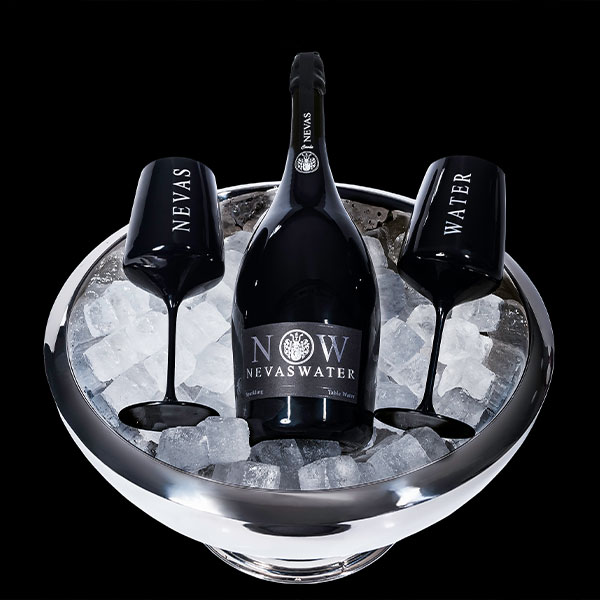 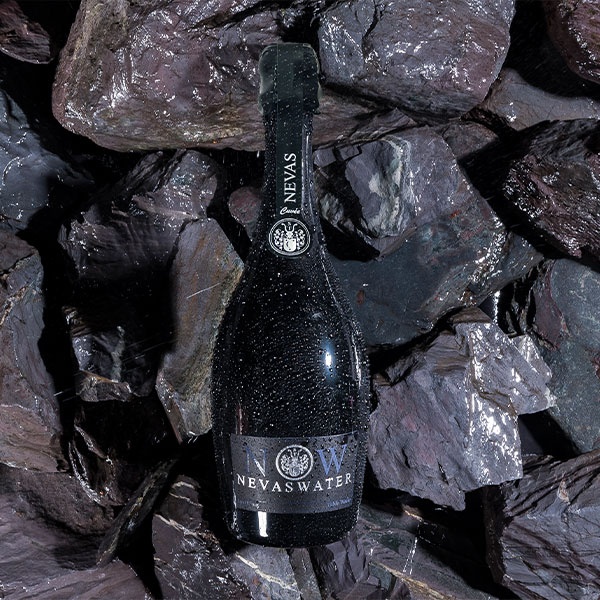 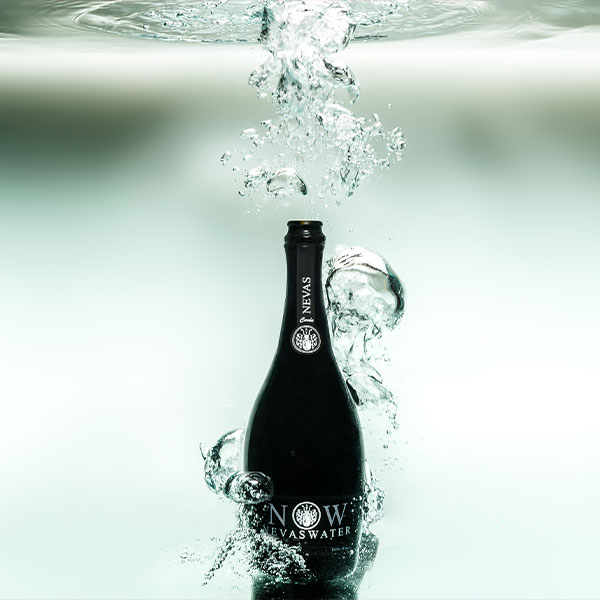 Does asparagus need water? Absolutely. But not just any water, Nicholas Steuer, founder and managing director of the first premium water of German origin, is certain: "Our Nevas Water Cuvée is particularly well suited to asparagus dishes, as its fine perlage sensitises the taste buds, allowing this noble vegetable to develop its full aroma perfectly."

Since 2017, he has been pursuing the vision of establishing the Germans' favourite drink - water - in its noblest form as the freshly sparkling highlight of any festive table. Not only the elegant design of the black bottles and the pearly texture, which resembles champagne, support him in this goal, but also awards such as the gold medal, with which the noble premium water was awarded several times by the "Fine WaterSociety" in Stockholm. Nevas Water combines the water of two artesian mineral wells, whose rock layers give the clear drink a uniquely high content of natural calcium and thus the best in mineralisation and taste. The unusual name stands for the combination of the Greek Νερό for water, the Italian Nero for the colour black and the Latin VAS for vessel. Special all round. 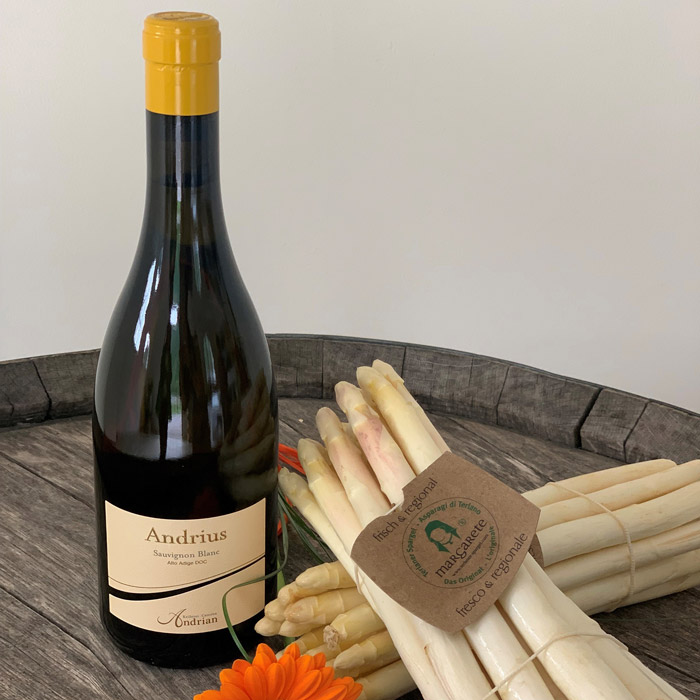 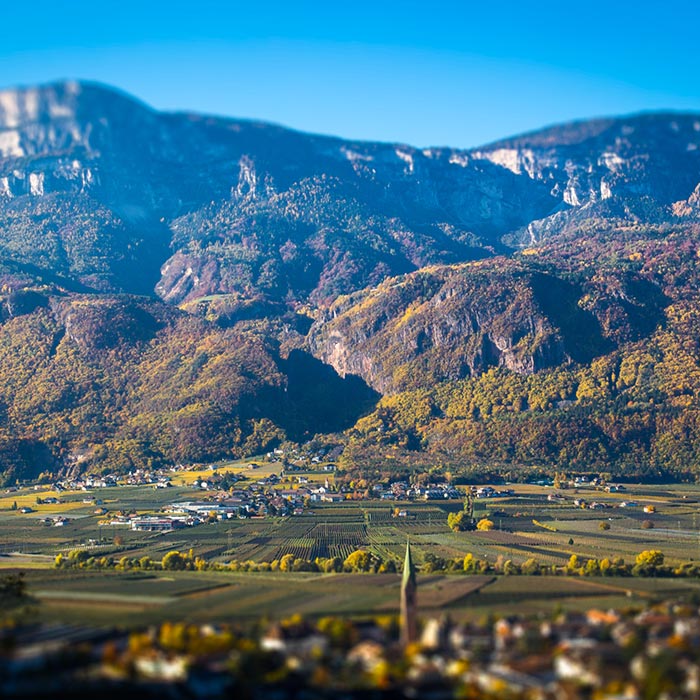 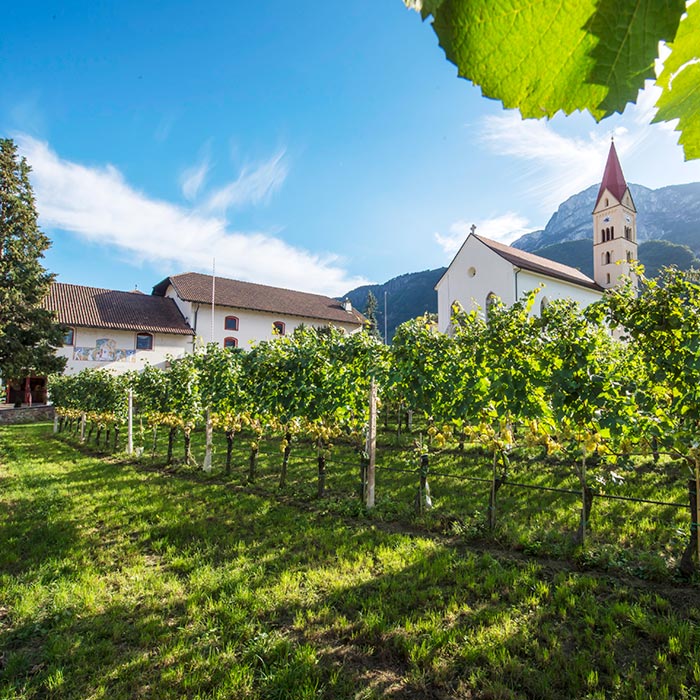 What belongs together also grows together. Cantina Andrian shows this. Because asparagus cultivation has a centuries-old tradition around the oldest cellar cooperative in South Tyrol.

To this day, 15 asparagus farmers cultivate the coveted white spears on about 10 hectares of land. A perfect companion is the elegant, full-bodied and juicy Andrius Sauvignon Blanc from the Cantina, which, with its subtle spiciness and harmonious acidity, is an excellent match for this noble white delicacy. The focus of the cooperative, which has its origins in 1893, is clearly on white wines, which today account for two thirds of Andrius' production. Chardonnay and Sauvignon Blanc in particular shine through the subsoil of the Andrian limestone. They reflect the deep understanding of the interplay of site, soils and climate.

The congenial balance of warmth and coolness prolongs the vegetation phase of the vines in Andrian. The grapes ripen slowly and evenly, producing highly aromatic and full-bodied wines that take Burgundy as their model. The knowledge of this special treasure and the preservation of quality are what unite the winegrowers and employees of the winery cooperative. Just as much as the view into a healthy future.

An important cornerstone for securing it was the merger with the Cantina Terlan opposite, almost 15 years ago. This made it possible to further develop a very unique Andrian philosophy, because the wines of Cantina Andrian are consciously and consistently vinified with a very unique style. True to the motto: one valley - two sides. 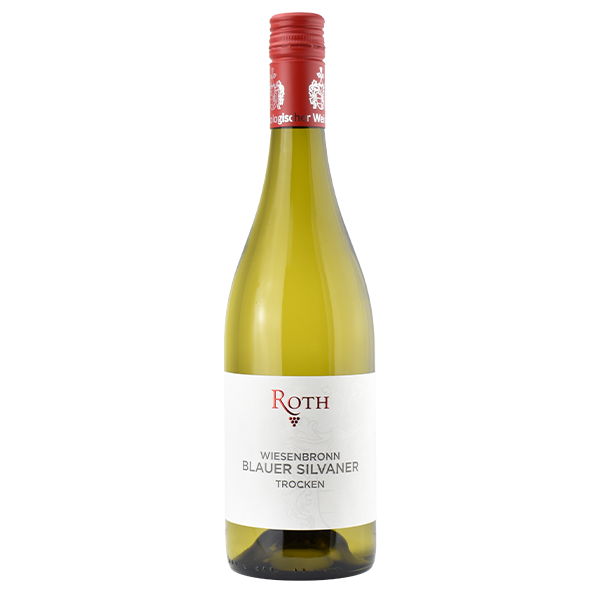 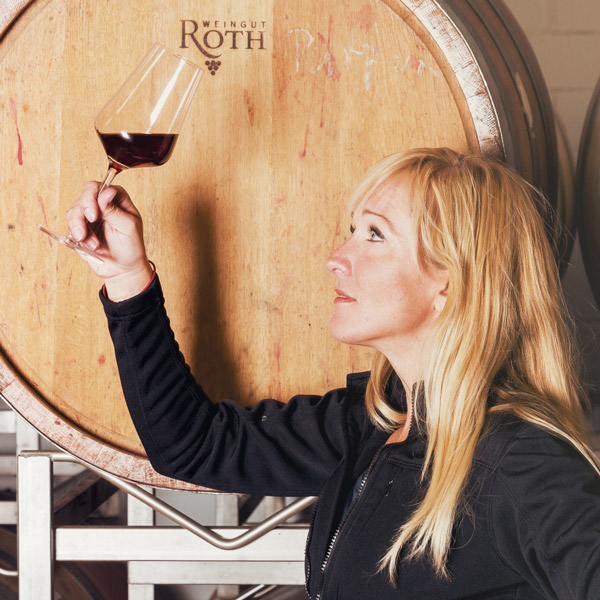 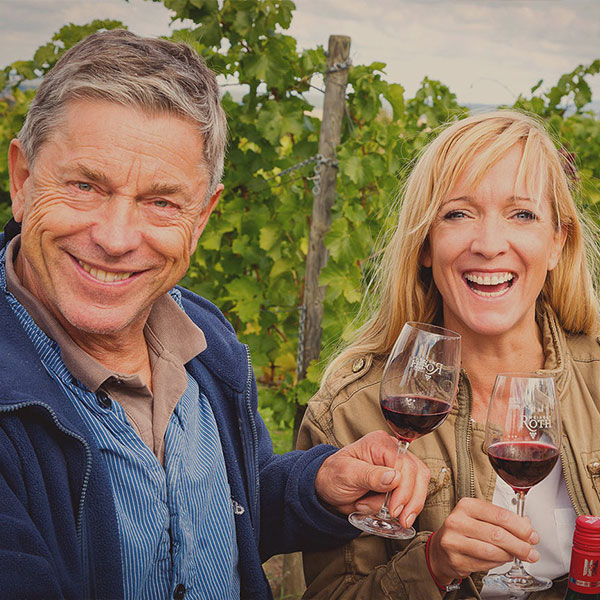 Roth Winery, Franconia
Because wine has a soul

It's in her blood. Not only the making of wine. But above all the how. Because Nicole Roth grew up knowing that sustainability is the only viable maxim at all levels.

This conviction - and the striving for the highest quality - are virtually the DNA of the family-run Franconian Roth winery: wine has been produced exclusively organically on 25 hectares here in Wiesenbrunn since 1974. "This makes us one of the absolute pioneers in Germany," says Nicole Roth, not without pride, who inherited the pioneering spirit from her father Gerhard, with whom she now jointly manages the winery. What's more, thinking and acting ecologically are a natural part of their lives. And the wines that thrive in the Wiesenbronner Wachhügel, Wiesenbronner Geißberg, Wiesenbronner Heller Berg monopollage and Rödelseer Küchenmeister vineyards show in an aromatically impressive way that they are on the right track. This is also the case with the 2021 Wiesenbronn Blauer Silvaner, which impresses with fine spiciness, expressive aromatics and a lot of minerality. "A wine like this needs asparagus. With some spice, but also a little fruit," Nicole Roth is sure. "It must not be trivial, but also not too dominant. Otherwise it will cover up the subtle asparagus." 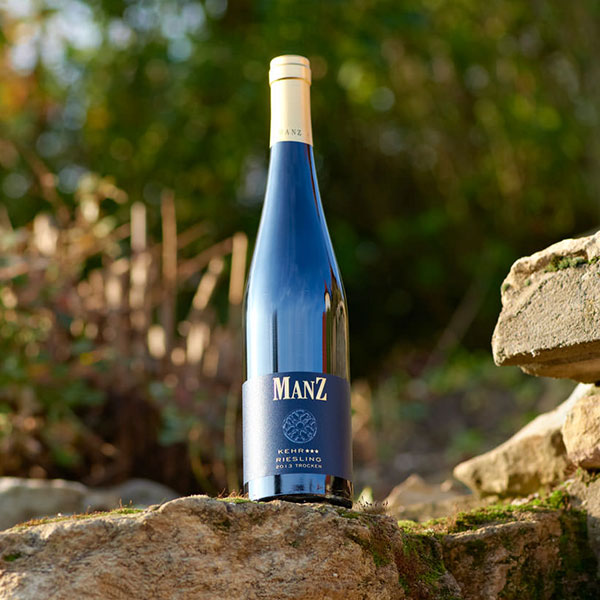 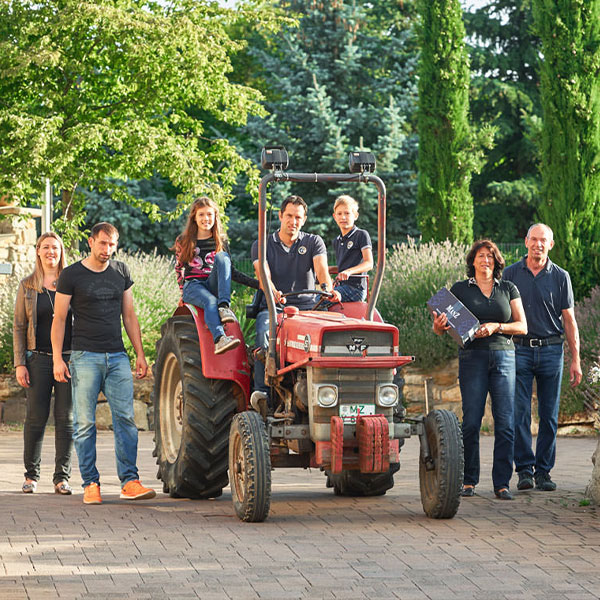 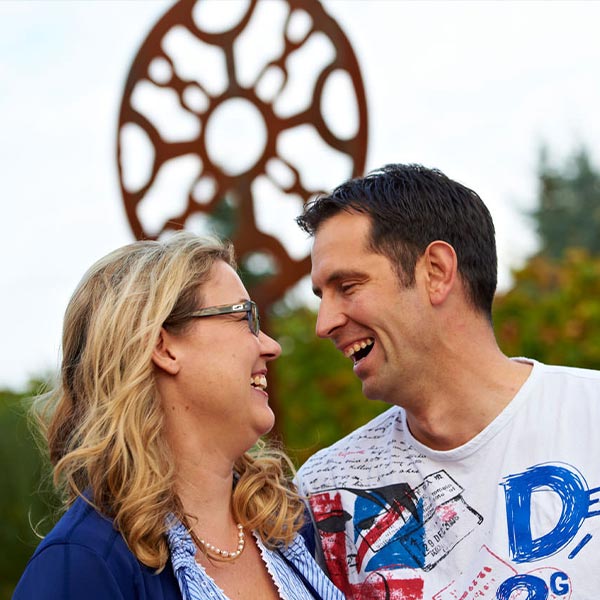 The inner drive is like an engine. It ignites enthusiasm - and once this flame is burning, anything is possible.

For Eric Manz and his family, this drive in winemaking at the Manz generation winery in Weinolsheim, Rheinhessen, consists of three essential moments: the combination of craft, passion and fascination. After all, their ancestors have been doing it for them since 1725. "Our passion is called winemaking and winemaking is fascination," says Eric Manz, who is the acting face of the family winery. "The eye of the storm," he laughs. Together with his father, he decides how the high-quality grapes, which ripen on 25 hectares in Weinolsheim and the surrounding villages in prime locations, are selected and cultivated. "Sometimes it feels like I'm juggling six balls." He is supported by his wife Martina, his parents, his brother and the whole team, who "burn" for the fermented grape juice with the same passion. So it is not surprising that the three quality levels of the winery are named after the three driving forces: They begin with craft, increase to passion and culminate in fascination. The winemaker likes to accompany his passion for asparagus dishes with the Pinot Blanc Limestone: "A very mineral, deep wine. You could say a meagre type with a finely honed acidity that stands up well to a powerful Hollandaise sauce." Editor's tip: At the end of July, the Manz winery opens its stylish new vinotheque. "A highlight for Rheinhessen," recommends Eric Manz. 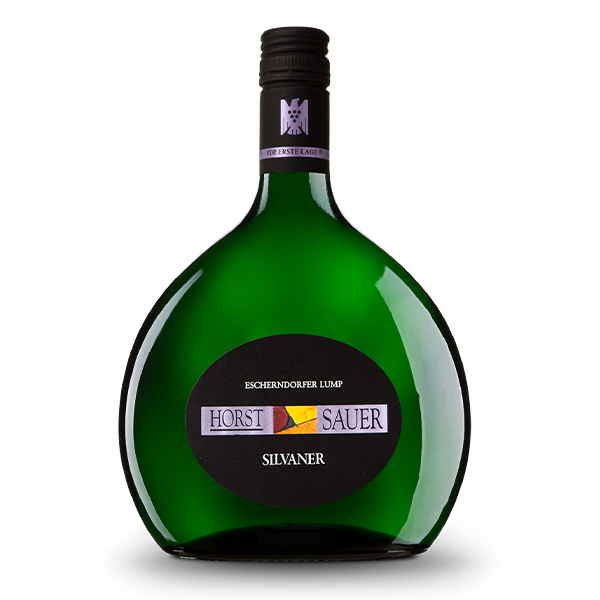 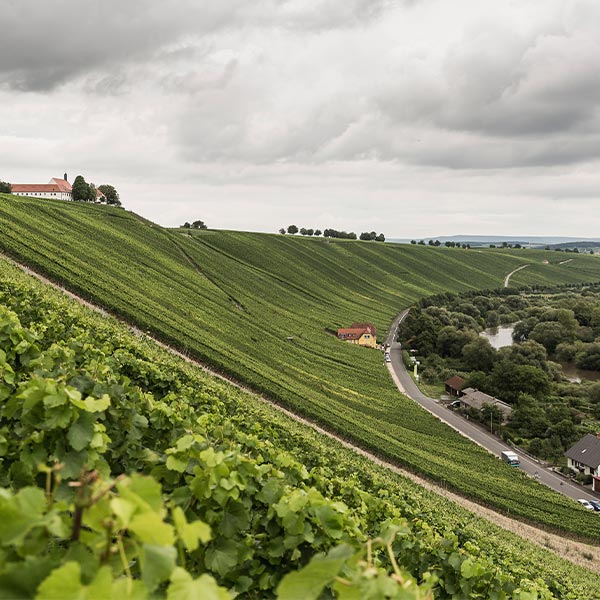 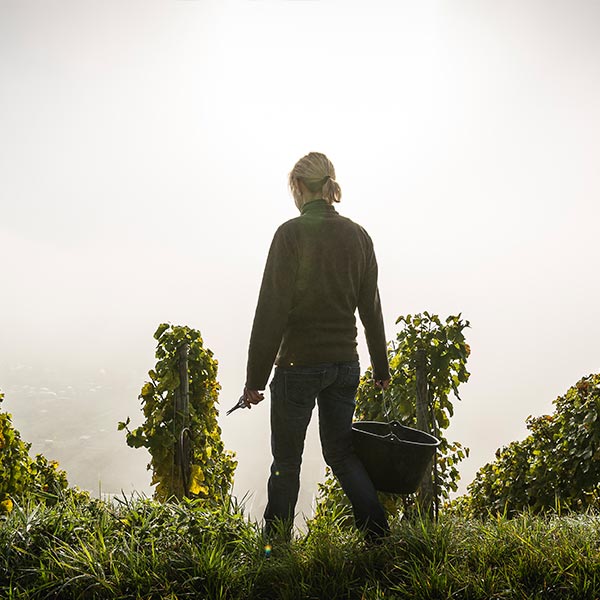 The steep slope of the Escherndorfer Lumps in Lower Franconia opens up like a parabolic mirror, sloping southwards at a gradient of up to 75 per cent, collecting all the sun's rays all year round and protecting the vines from cold winds in winter.

"We are aware that we are lucky to be able to cultivate our vines in such an outstanding location as the Escherndorfer Lump," emphasises Sandra acid. The 2021 Escherndorfer Lump Silvaner dry VDP Erste Lage also comes from this site. A white wine with a strong character, which plays with a harmoniously integrated acidity and whose taste reflects the soil treasure "shell limestone", which gives the wines of this site a fine minerality. "The perfect companion to asparagus," recommends the young winemaker who, together with her father at the Horst Sauer winery in Escherndorf, lives the constant exchange of generations, of caution and dynamism, of experience and young visions seeking one goal: to create the perfect wine. Nestled between the Main and the mountains, they cultivate 20 hectares in the awareness that wine is made in the vineyard. Through close interaction with nature and their constant companionship, they create honest, award-winning wines that authentically capture their origins and the wine year. 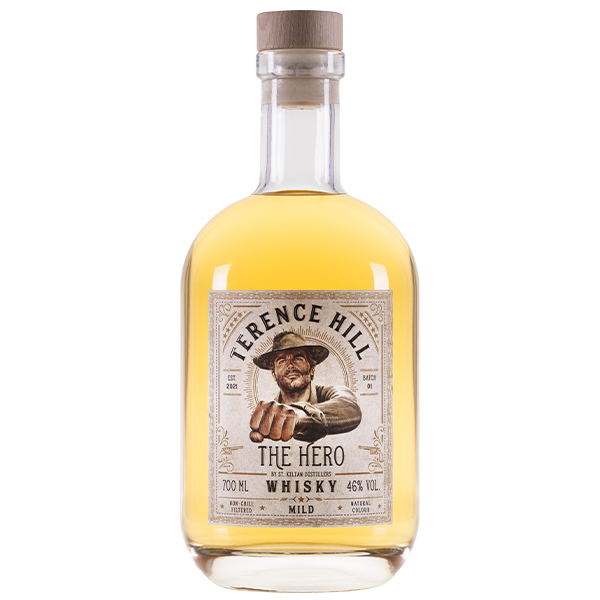 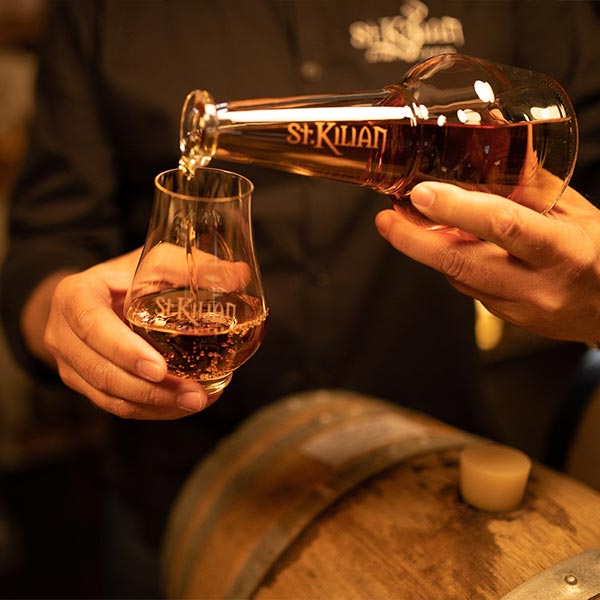 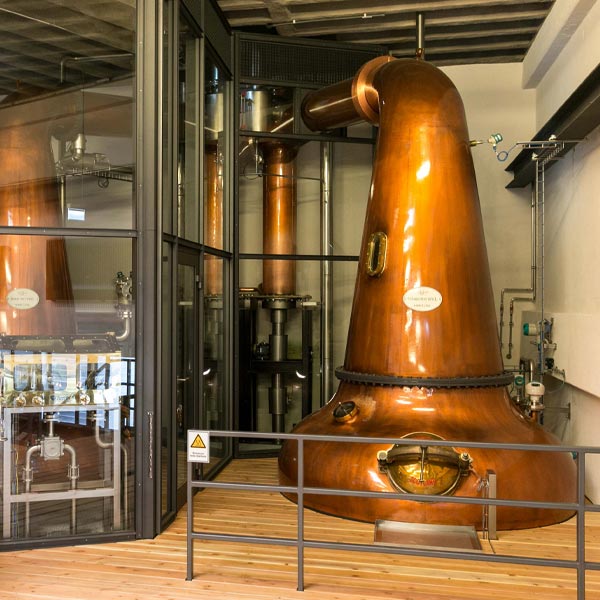 St. Kilian Distillers
The Scottish Heart of the Odenwald

The success of Germany's only Scotch whisky distillery shows that having "one's head in the clouds", as Master Distiller Mario Rudolf calls it, is definitely rewarded.

For behind the founding of St. Kilian Distillers is the friendship of two dreamers: Andreas Thümmler and the Irishman David F. Hynes revived a former textile factory in the village of Rüdenau, on the edge of the Odenwald, and filled it with their vision, combining their lifeblood and know-how for smoky enjoyment. The necessary grounding that it takes to succeed with such an idea is not only rooted in their irrepressible passion. At the distillery, whisky craftsmanship and tradition meet state-of-the-art technology, innovation and the tirelessly creative spirit of the entire team. At the heart of it all are the two original Scottish 6,000-litre pot still copper stills. The aromatic base consists of 100 per cent barley malt - peaty malt from Scotland for the smoky whiskies, local barley for the mild recipes. Recipes that mature in 300 different types of casks for at least three years. But how asparagus and the distinctive brandy play together is shown by the distillery's light golden Terence Hill whisky, which captivates with sweet aromas of vanilla and caramelised brown sugar. Paired with exotic fruit of pineapple and ripened banana, they caress the delicate vegetables in a sophisticated way. 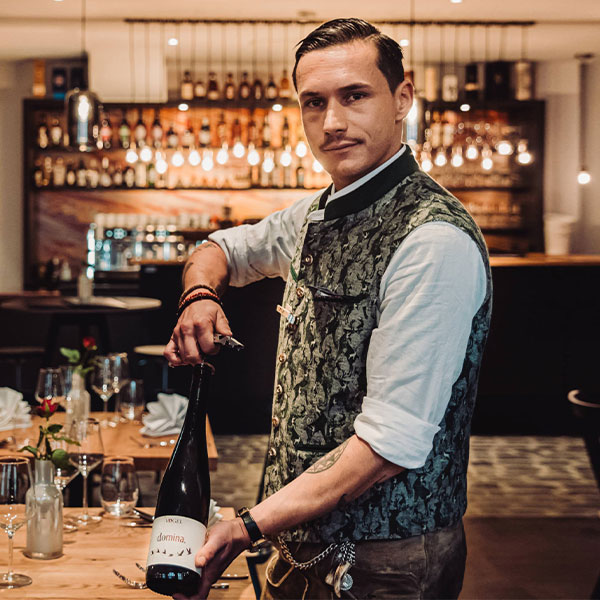 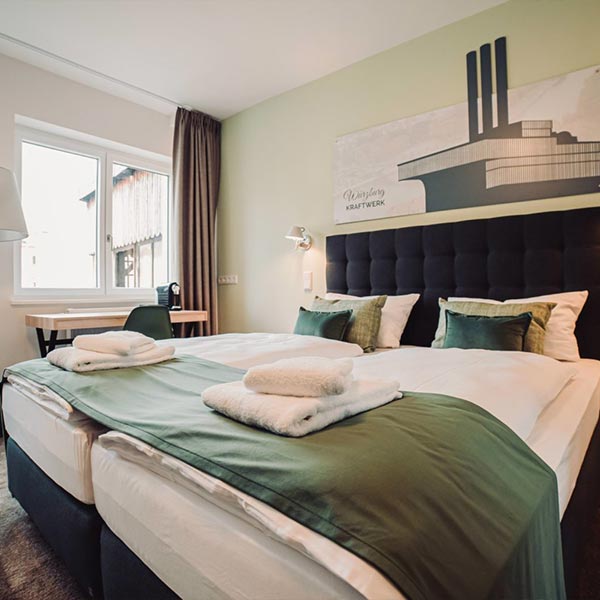 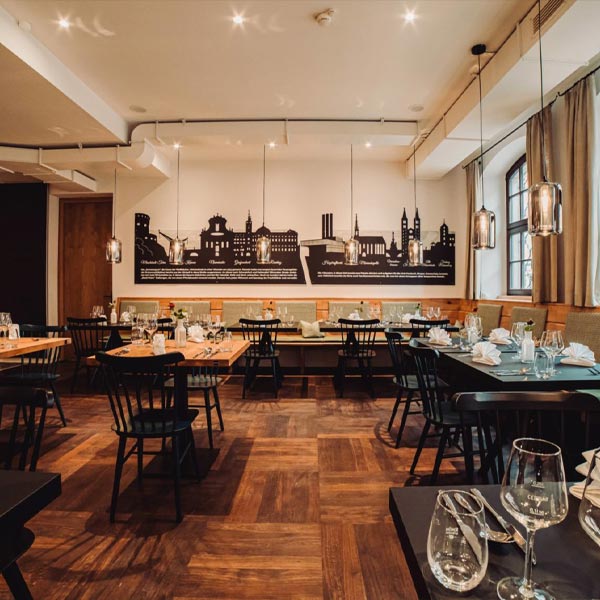 To the city of Mainz
Where pleasure lives

Asparagus thrives here at the gates of the city of Würzburg. And if the good stuff grows so close, it is a matter of course that the noble guest also takes a seat in a very special way on the menu in the restaurant of the traditional house "Zur Stadt Mainz".

And not just like that, but with a typical Franconian flavour. Because regionality and seasonality are values that hotel director Sven Warmuth and chef Christian Müller hold particularly dear - and also impress on the wine list with fine drops from Franconia. Within walking distance of Würzburg's main railway station, in the heart of Würzburg and in the middle of the beautiful Franconian wine country, the charming hotel combines over 100 years of history with a modern zeitgeist. The young, classic inn with authentic German cuisine and the in-house confectionery rounds off the feel-good world. In the immediate vicinity of the hotel "Zur Stadt Mainz" is the UNESCO World Heritage Residenz with its courtyard garden and Residenzplatz. A stroll through the picturesque city centre is also worthwhile - and the return to the hotel's restaurant with its quaint ambience even more so. Fine dishes await you here, along with a glass of wine or two. Just as you would expect from a "wine place" in a wine region.