Weingut Gross - The art of winemaking

The fact that exciting chapters can always be added to a story is impressively demonstrated by Martina and Johannes Gross: the winemaking couple took over the family winery in southern Styria three years ago and are leading it into the future with a special awareness of sustainable viticulture.

Johannes Gross from the winery of the same name was originally supposed to reach for the skies. So high that he even wanted to leave this planet. Even if only temporarily. His original career aspiration: "Astronaut. But then I realised that Austria didn't have the rocket launch sites for that," he smiles, reminiscing about the little boy of yesteryear. Often such exuberance needs a grounding counterpart. He found this not only in the roots of the family winery, which he has been running together with his wife Martina since 2019. He also finds strength and grounding in the vines that thrive under loving manual labour on 37 hectares in the charming hilly landscape of the South Styrian Wine Route and the bordering Štajerska Slovenija. "I've always loved being outside with them and listening to my parents talk about their wines." 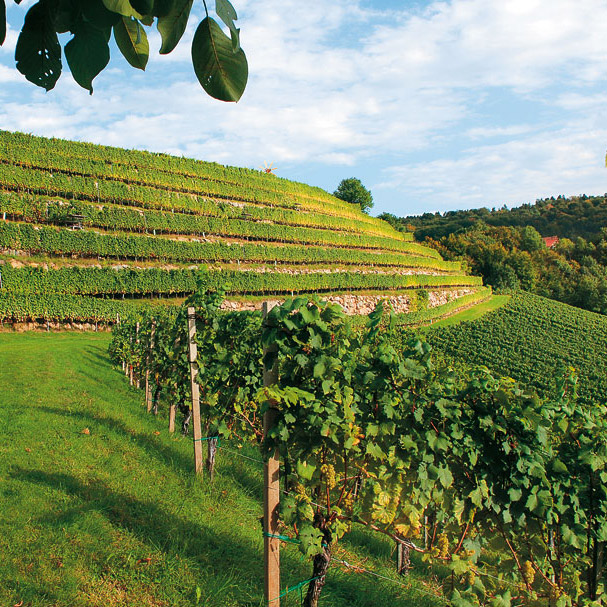 So it's no surprise that this close bond, formed by generations, has led to a wine philosophy all its own. One that does not follow any particular rules and guidelines. For in the cultivation of renowned vineyards such as Nussberg, Perz or Sulz, which are characterised by extreme slopes, and in the vinification of the wines, "many currents and convictions flow in," explains the ambitious winemaker. "My wife and I are so different that it would be difficult to follow a single ideology." Martina Gross' interest in energetics and her acquired knowledge in plant or herbal lore led to alternative forms of cultivation. Johannes Gross also recognised the negative effects of synthetic pesticides or fertilisers on wine and life in general during his youthful years as an apprentice. Since 2021, the two have been in the process of converting the winery to organic farming. "I'm a practitioner," he confesses, "and as such convinced that there are no simple answers to complex questions - except that time always works against you in the vineyard and for you in the cellar." 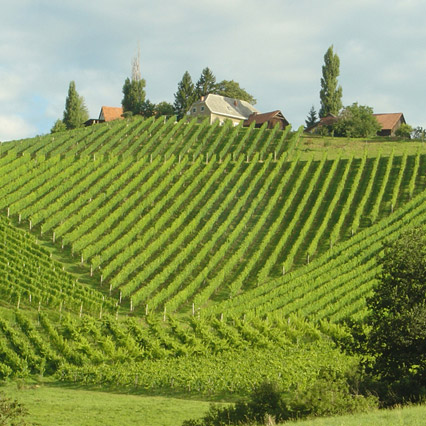 The conclusion the two draw from this equation is impressive. To achieve the best possible quality in the vineyard, they rely on manual labour. Each vine is tended individually - from hand tilling the soil to hand picking the grapes. "We are convinced that vineyard care must be done in harmony with nature. The freshly planted little vine needs sustainable management to develop into a deep-rooted, solid vine." In the cellar, Johannes Gross does not use accelerating techniques, does not force ageing or maturation and likes to work with the phases of the moon. "Each vineyard parcel is vinified separately by us." The wines are produced without enzymes and without pure yeasts, fining and filtration - and with the addition of a very special ingredient: time. Because this is the only way the art of winemaking can work. In a region known for its young, quickly bottled wines, the two give their Rieden wines the opportunity to fully develop. A process that can take up to four years - and stands for wines that definitely carry a philosophy. That of letting go, of trust and "that everything is in flux", as Johannes Gross calls it.

We cordially invite you to get to know this great winery with its 2021 Sauvignon Blanc at our wein.plus:club online tastings in December. Places, which are available for B2B and end consumers, are very limited.

You can purchase the featured wine from the following resellers.

Ambassador of a Vine or: Playful High Pleasure

The love of nature

A special piece of the Palatinate

The Legend of the Duero

WeinTour - live back in Hamburg and to be experienced online

South Tyrol - An equation with many variables