The great innovation of the organic law

More and more consumers show interest in wine from organic grapes, more and more producers have their production certified organic. However, until today, there was no organic wine in the sense of the EU legislation, only wine from organic grapes. However, private guidelines and controls for organic wine have existed for many years. Now politics seems to want to close this gap: The European Union wants to regulate organic wine production by law. Markus Blaser found out what is meant by "organic wine" and which regulations vintners and wine lovers will soon have to deal with. 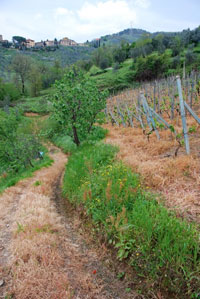 Actual "organic wine" in the sense of EU legislation has not existed until now. Spain and Switzerland have national organic wine laws, but these are exceptions. On the level of the European Union there are today only regulations about the organic production of grapes, but not about the processing of the same into wine. So, it is correct to speak only of "wine from organic grapes" and not of organic wine.
However, in several countries private organisations, which carry out the organic certification of farms, have developed their own standards also for organic wine production, which are stricter than the general EU regulations on wine production. These private standards already contain certain regulations on permitted/unpermitted additives, sulphurisation and enrichment of wines and musts, and permitted/prohibited processing techniques. Not a single standard follows a "zero-input strategy". Thus, oenological substances and modern technology are also used in organic wine production.