Is there a life after the "Metodo Champenois"? 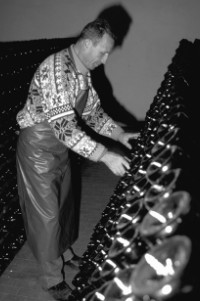 Italy produces 240 million bottles of spumante, of which more than 220 million bottles are produced with the tank fermentation method. Only a vanishingly small percentage of the production are sparkling wines that complete their secondary fermentation in the bottle. The Metodo Classico, as the bottle fermenters are called in Italy after the prohibition of the term Metodo Champenois, do not get off the ground. This is surprising, because not only Franciacorta DOCG and Trento DOC, but also branded products show that Italy is able to produce inspiring fine sparklers.

Not every wine expert knows right away what exactly is meant when he reads "Metodo Classico". Only a minority is so well informed about the Italian wine scene that they spontaneously associate "Metodo Classico Italiano" with bottled fermentation sparkling wines.
Italian Metodo Classico is not in a rosy situation. Its growth rate is quite discouraging, its image is suffering from confusion, above all abroad, and in the market, it is being crushed by the superiority of champagne and the new successes of cava.
This May, the problems of the Metodo Classico came up at a meeting of the "Seminario Permanente del Metodo Classico" in Erbusco, Franciacorta: The self-critical voices culminated in the statement that the metodo classico has not been a topic of discussion for ten years, that is, since the EU banned the term "metodo champenois" for all bottle fermenters except for champagne in 1992.

This moment should have been a new start for the Italian noble spumante, however, the opportunity was permanently missed. Gianni Legnani, today image keeper at Guido Berlucchi, but until recently ambassador of champagne in Italy, wrote a study on the development of Italian sparkling wine in the international environment on behalf of the CIVC (Comité Interprofessionnel du Vin de Champagne).

At that time, the French were very worried about the vitality in the Italian sparkling wine sector and about the rapid quality growth of Italian bottled fermenters
There is obviously a potential in Italy that was able to worry the French. To exploit it, however, would have required a joint approach and financial resources. "In order to be able to share a big cake instead of fighting about poor crumbs today", Gianni Legnani says.
From the beginning, however, the Italian Metodo Classico realities went separate ways: Franciacorta decided to go it alone, identified its wine with the territory, and banned the word "Spumante"; the Istituto italiano Metodo Classico came together in the Talento consortium, which comprises northern Italian production areas in Piedmont, Trentino, South Tyrol to Friuli, making a small exception for Tuscany (Antinori), and the big sparkling wine houses of Piedmont invested in their "Alta Langa" project.
The confusion of names and designations is persistent; just think that in Oltrepò Pavese they could not even make the basic decision whether their Metodo Classico should bear the brand Classese or Talento. The confused situation in Italy is a heavy obstacle at a time when the Spanish cava, in the shadow of the overpowering champagne, is experiencing an enormous increase in sales.

Rather worrying is also the fact that the USA meanwhile also produces about 200 million bottles of sparkling wine.
What are the reasons for the zero growth of the Italian Metodo Classico? One is certainly the fact that in Italy spumante is associated with festive occasions: Seventy percent of all spumante consumption falls in the last months of the year. Another reason is the lack of communication in favor of Metodo Classico, with the result that consumers are not able to distinguish it fundamentally from the other typologies (Asti, Prosecco, etc.).