of Uwe Kauss
He has written the largest wine encyclopedia in the world: Norbert Tischelmayer is the author of the encyclopedia on wein.plus. Currently, it includes about 23,000 keywords, 50,000 synonyms and more than 155,000 cross references, plus almost 8000 audio files for the correct pronunciation. An end? Not in sight. 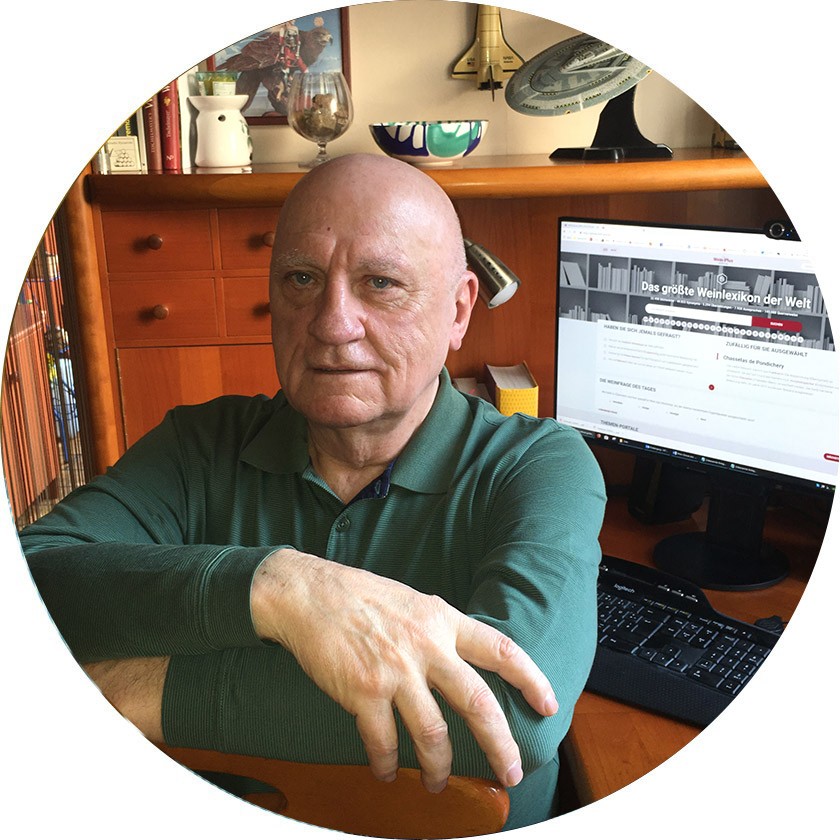 It was created by Norbert Tischelmayer from the Austrian Weinviertel. He was born here in 1945 and spent his childhood before he moved to Wien. But Norbert is no scientist, no editor for reference books or editor of a specialized publishing house. He spent his professional life in IT, which was still called "data processing" when he started in 1965. He came to the encyclopedia in his own mixture of insatiable curiosity, systematic thinking and his love of literature and history. His library at home contains 3,000 volumes, only some of which he has yet to read. His favorite authors include Richard Dawkins, Yuval Noah Harari, and Stephen King - and there's a lot of that mix in the dictionary. Because it's not just technical terms he's included. He has meanwhile changed and updated the entry "Wine and Food" well over a hundred times. Now, for instance, the matching wine for roasted grasshoppers can be found there. Norbert Tischelmayer wants to give answers.

To read the full text, you must be a member of wein.plus. You are currently not logged in to wein.plus. Become a Member or log in with your credentials .