It's hard to believe, it seemed like a miracle to me. A twenty year old Merlot from the Ticino is not only still drinkable, but it is also very "strong". Not in the sense of powerful, but rather present, convincing, persistent, with an incredibly soft, warm - perhaps the word is appropriate here - strong finish. The wine still has enough acidity to carry it, right into the finish; it still has enough fruit to let the flavors come alive; it still has enough power to convince as a ripe (mature) wine. Of course, Claudio Tamborini is one of the best winemakers in Ticino. But he is also a good businessman (originally a wine merchant) who knows how to exploit the potential of wine in the south of Switzerland and how to serve his customers. "So he also offers something for everyone: from the rather quaffable Poggio Solivo to a showpiece wine like the Comano Vigneto ai Burghi, of which he harvests just 500 grams per square metre and leaves on the skins for over twenty days." The Vigneto ai Brughi is thus something like the winery's flagship wine, costing around 40 CHF, here in an early "edition", as it were proof of what a wine - if it is well made - can still bring after twenty years (although it is no Bordeaux) 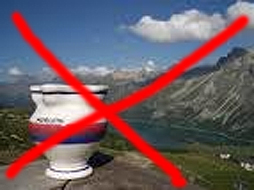