A journey into the land of the Goldriesling 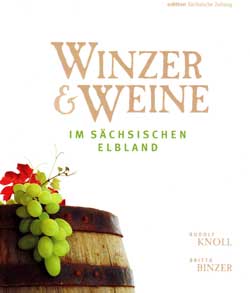 The Saxon Elbland is one of the smallest wine growing areas in Germany and one of the northernmost in Europe. On about 460 hectares, wine is grown there - only the Hessische Bergstraße has even less area. The vines are located in the region around Dresden, mostly on land northwest of the city with the Zwinger and Semper Opera House north of the 51st parallel. The winegrowing culture is centuries old, but was only resurrected after the fall of communism in 1989. In their book "Winzer und Weine im sächsischen Elbland" (Winegrowers and Wines in Saxony's Elbland), the well-known wine journalist Rudolf Knoll (Vinum, Gault Millau) and the ZDF editor Britta Binzer portray this exciting region in an entertaining and clear way.

To read the full text, you must be a member of wein.plus. You are currently not logged in to wein.plus. Become a Member or log in with your credentials .